BTL Healthcare Technologies. If there's no way, we'll find it

The public in the Czechia first became aware of BTL Healthcare Technologies at the turn of last year. This was when the owner of the BTL group, Jan Vild, together with the technical director, Tomáš Drbal, became the largest private donors of lung ventilators in our country. They donated three hundred devices worth a total of €1.2 million to hospitals. In addition, they sent one hundred thousand respirators to hospitals and another twenty-five thousand to homes for the elderly

But it is not only the amount that is extraordinary in the whole case. The company developed the ventilators and respirators - as is its custom - on its own. "These have been extremely challenging months, during which we have found ourselves at an impasse several times. But in the end, it proved what we have already seen many times. That if there is no way out, we can find it," says Technical Director Tomáš Drbal. A man who has been with the company since 1994. He joined the BTL just a year after its foundation.

And he can observe the incredible ride of a company that has little reason to be visible in the Czech Republic, because it exports the absolute majority of its products to the west of our borders. It manufactures and distributes medical devices for physiotherapy, cardiology and aesthetic medicine - and often pushes the boundaries of what is possible with its solutions. Indeed, today it has nearly 60 foreign subsidiaries and employs more than 2,000 people. "Although we operate all over the world, we still feel we are a Czech company and we also keep our development here, over two hundred people. It is clearly the strongest in the Czech Republic," adds Tomáš Drbal.

How difficult is it to keep coming up with new solutions? Where do you get inspiration for further development?

The original idea usually originates in our centre. But today we have our own offices in 56 countries, which makes our overall view much more precise. They know the customers, they know what works well and where there is room for improvement.

How long does it actually take to develop a new product in the medical field?

The development itself takes between two and five years, but then of course each product has many changes and iterations. It's not like we come up with a brief and then start delivering the final solution straight away. We refine it through iterations. We try to make the product as competitive and beneficial as possible with patients. When we know it's doing that, it continues from us to the individual affiliates.

Just to give you an idea, where do the different markets stand percentage-wise?

Let me start with the Czechia. Unfortunately, actually fortunately, the local market is too small for us. Today we do about 3% of our total turnover here. But it's still the mother market, which we love, even though it's small. Over 50% of our turnover is in the United States, and North America. The rest is split between Europe, Asia and South America.

You say there are 200 developers working for BTL in the Czechia. How difficult is it to find (and keep) developers for such a sophisticated industry today?

I won't hide anything. It's hard. But we offer people quite exciting opportunities in that those who are interested can actually work on the product from the first idea to the very end. We say that products grow like children - have the characteristics of their "parents". I also think it's interesting that mechanics, software specialists, sit next to developers. It's a multi-disciplinary environment that gives each of us more insight. Suddenly the developers themselves can see what can be solved by software, what can be solved by hardware, what mechanics can do and what mechatronics can do. That's not the case in other fields. In addition, we also try to target people who are open to multidisciplinary training.

Are most of the recruits coming from the Czech Technical University? Or also from other fields of study or practice?

Let's go to the field of printed circuit boards for a moment. What is your typical requirement for a board? What does it have to be able to do? Whether by technology or features...

I'm not a complete expert on this, but the basics are at most six layers, which we need as processor boards for devices. Usually we require fine pitch, where the spacing between the conductors is below about 500 µm. However, we don't pull connections between fine pitches. Our specialty is that we do power and high frequency stuff.

Do your boards require IPC class 3 given that you are in the medical field?

I think we're good with IPC class 2. And maybe worth mentioning our kind of most powerful device, and that's a pulse magnet and that can pulse up to 2T, which is a huge magnetic power. So the coil and the board itself has to be extremely durable.

Let's move on to your products. Which recent products can you highlight?

I would probably stick with the high performance magnet, which is our technology, it's our backbone technology and we use it for several fields. It starts with medicine, it's used a lot for urology, for urine leakage. It's actually training those internal muscles. Then rehabilitation, which is also a lot about training the lower abdominal muscles. This machine has the advantage of stimulating the lower muscles that are actually not reachable by standard, either by the hand of a physiotherapist or by conventional therapy. It can penetrate several centimetres and stimulate muscles at greater depth. This technology is also of great use in aesthetics, where it is celebrating great success in body shaping, which is actually fat and muscle correction, reducing fatty tissues and strengthening muscle tissues at the same time.

Just for the layman, how fast are trends changing in your field? Is the evolution as frantic as in IT or is it instead about electronics and gradual development?

In aesthetics it's fast-paced, very fast-paced, de facto you have to come up with a technological innovation every two years, or at least a patient innovation. IT is even faster I guess, the medical one is such calm water where you put more on that tried and established, so there is that five to ten year innovation cycle. So we live in both of those two waters.

You operate all over the world. What kind of competition do you face most often? Is it more American companies or Asian companies, who are among the top in your industry?

In terms of aesthetics, definitely American firms. And then multinationals like GE, Siemens, Phillips. Some places we're better, some places we're worse. We are first in body shaping, in physiotherapy too, and in cardiology we are catching up with our competitors.

Do you have a challenge, a vision, a mission in the next few months, where to take it? A space that you would like to move forward?

We take it two ways. First of all, we want to continue to bring technologies to medicine that are, let's say, unusual or revolutionary, which is, for example, the aforementioned high-power magnet. So we are not doing something that someone else is doing, as we did ten years ago. By being at the absolute top, we want to continue to innovate. As for the second challenge, we are starting to think about other fields. We are attracted, for example, to green projects such as energy sources or energy conservation or energy extraction from algae. We are also interested in artificial meat. But I would not like to elaborate further. Can I have another sip?

We don't worry too much about our public relations. But when we do, we see it as an opportunity to thank our people for what they've done. For us, it's not about boasting about our achievements for the sake of business. But for the people themselves, for whom it's proof that they work in a really innovative company, and maybe also an impetus for further work. 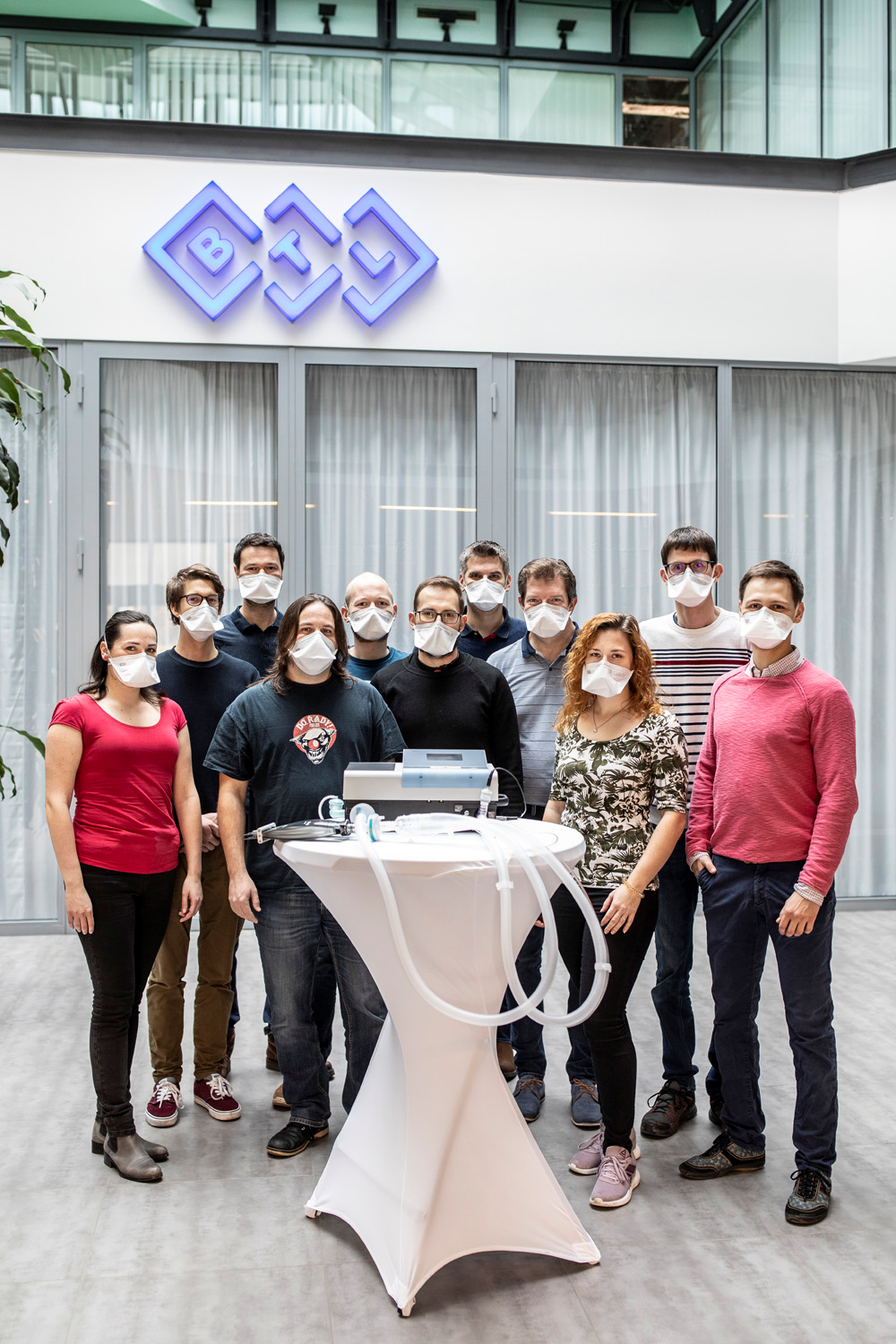